I knew I was different from an early age. My earliest psychic experiences started under the age of five.

I can still remember being visited by spirit, they would come to me as beings of light and colour. Sometimes I would see their faces in the dark, with or without my eyes open. Occasionally, I would hear them too, giving words of comfort and encouragement.

I also remember journeys out of my body, which I later discovered was called ‘astral travel’. I was an extremely sensitive child, very aware of other people’s energies or vibes. Although there were strong psychic gifts in my family, I didn’t talk much. I learned at an early age that people just didn’t understand me or my experiences.

Things started to change when I was fifteen, I was given a pack of tarot cards by a friend’s mother. I read a stack of books on the tarot which gave me only a little understanding really. The meanings were so different from one book to another. This caused a lot of confusion. A gentle voice from somewhere deep within was telling me to go with what comes to me and forget the books.

Once it was known I had tarot, people started to ask me for readings.

I was very nervous and excited too, as I started reading the powerful and mystical cards. I soon realised that I was not really reading the cards as such, but the person. But people would feel more comfortable if the information was coming from the cards, so I continued. Individuals started recommending me to others and bringing gifts. After about a year, I decided to ask for money instead. The old saying ‘fair exchange is no robbery’ being right.

I attended the Spiritualist church and sat in ‘closed’ circle with other mediums.

I attended meditation and healing groups. I learned about astrology, colour therapy, nutrition, psychology, dreams and magick. In fact, I studied anything which would help me to help others. I even trained and volunteered as a Samaritan.

I went out into the world with my gift and my learning and started not only to do individual readings, but investigations too.

I helped to find missing relatives, jewellery and animals. Retraced family trees. Helped business men and women. Uncovered phobias from past lives. Discovered causes of illnesses. Made links with relatives in spirit and spirit guides. I did public talks and demonstrations of clairvoyance and mediumship in front of various audiences. I taught techniques to open other people’s psychic gifts. I held development groups and support groups for therapists. I painted peoples auras and did spiritual healing. For all of which, I received much positive feedback and joy.

I featured on the TV News for psychically investigating a plane crash. In brief, this is what happened…

I received a call asking me to visit Lancing College in West Sussex, a courtyard of beautiful old buildings with gothic arches and a towering chapel, surrounded by the South Downs.

When I arrived I was made to feel very welcome. I was given a tour of the grounds and of the chapel, which was illuminated for me, as haunting organ music was played. I was taken to a tiny sparse stony chapel, which lay beneath the grandeur of the gilded chapel above. It was here that I felt spirits of yesteryear the most.

Outside, in the college grounds I was given a piece of metal that was about the size of a ten pence coin. I walked away from the sceptical onlookers and into a field. I kept walking until Spirit told me to stop and sit down. I sat in the middle of a field, feeling a bit of a Wally, when Spirit told me to close my eyes and that they were taking me on a journey.

After an involuntary rush of air entered my lungs, I found myself in the cabin of a bomber plane with four other people whom I saw in military uniform. I felt and heard a terribly loud humming of engine noise that didn’t seem right to me, it was getting louder to the point of being deafening.

I psychically asked my guides what the problem with the plane was.

I was the shown a cable running from the front to the back of the plane that was stuck. I felt an incredible state of fear which I was picking up from the plane’s occupants as it started to point down, heading for the ground below.

No matter what the pilot tried to do, nothing could change the fate of the aircraft. Fear intensified as the plane crashed into a field. I saw three of the four men dead and bloody. The fourth was still alive. Spirit told me the survivor was now dead. He had died within a year of the crash and they told me ‘Holland’.

By this time the fourth man had joined me in spirit. He was very interested in what I was doing. I returned, a little weary, to the sceptics from the college who had invited me and relayed my findings to them.

When I returned home, I had a guest with me, a spirit wearing a bomber jacket. I was very weak, tired and generally run down for two weeks. Part of me had died with the others that day, and yet I was a survivor of a plane crash too. I was unprepared for the emotional shock and upset. Spirit had taken me on a journey. I could not call it pleasant, although it was enlightening.

Some weeks later, I received a call from Meridian News requesting an interview with me, which after some thought, I accepted.

I was then told that the exact place I sat down in a huge field, was the very place that the piece of metal from a bomber plane was found after it had crashed there, many years before. Researchers had discovered that there had been four people onboard. Three had died on impact and the forth had died ten months later, shot down over Holland.

A local man had witnessed the deafening sound of the engine as the plane had crashed. The trapped cable, I was told by an aviation expert, had made the engine race and steered it to the ground.

Although being somewhat camera shy, I had a TV camera pointed at me as I was interviewed that day.

I soon realised that I didn’t want fame as the news was broadcast four times the next day. People contacted me about all sorts of unusual things, from finding lost souls to buried treasure. I decided this was certainly not for me and returned to helping people in my ‘normal’ way.

As for the fourth man who was in spirit wearing his bomber jacket, after a few weeks he finally said, ‘farewell’ and returned to The Spirit World. He had wanted to make sure that I was okay and, as soon as I was, he left. To this day, I still think of him from time to time. Bless him dearly.

Many years later, I am still doing much of the work that I enjoy, both privately at my studio and over the telephone.

My aim is to help genuine souls gain a deeper understanding of themselves and their lives, offer support and healing, and to help them choose and attain the right path for their own highest good.

Want to Learn How to Read The Tarot Cards? 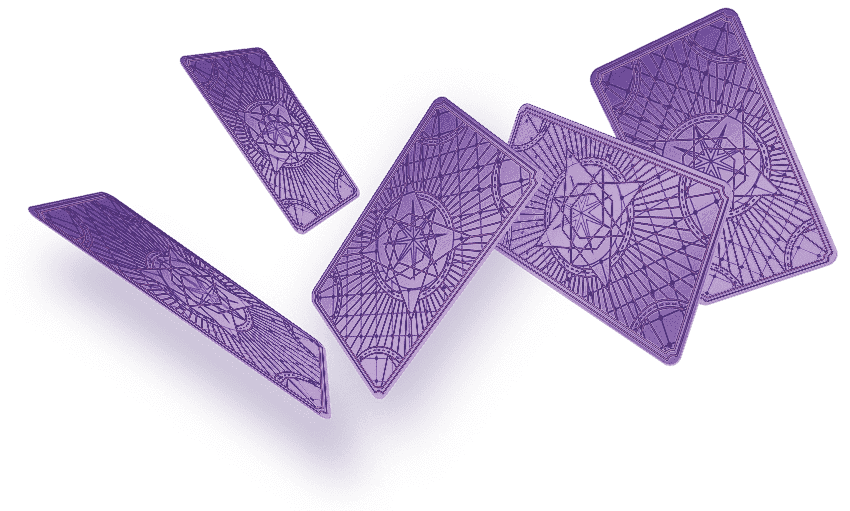 Paul's Psychic Readings should NOT be confused with the readings you get with most 'psychic lines' as they are often scripted and given by non-psychics, and therefore can be sadly disappointing. We use cookies to give you the best experience on our website. Courteous, open and friendly clients welcome.