Protect yourself against the hidden and dirty tactics of office politics! Know the secrets and be on top of your career!

Do you sometimes feel like your place of work is more dangerous than a swamp full of alligators? Are there shady characters lurking behind the photocopier disguised as reliable team players in your office?

Rick came out of engineering school ready to conquer the world, and got what seemed like a good job in a large company in his town. He was a hard worker, and thought he could get ahead in his job by showing how capable he was. But his director suddenly became very cool and distant, and his co-workers started avoiding him. A couple of weeks later, someone less qualified than he was got the promotion he had been hoping for. He was pretty confused, until he finally put two and two together. The knife between his shoulder blades was an invisible one, but just as harmful as a real one in its own way. Rick finally caught on that his chances had been wiped out by a smear campaign carried on behind his back, but by then it was too late.

Unfortunately, this kind of story is played out every day, in ordinary settings that look a lot like the office where you work. Sure, we all hear stories like this from time to time, but we don’t always realise how widespread it is, until it happens to a friend, a loved one or to ourselves. Then we begin to understand, and then it happens again, with a new twist, and again. By the time we figure out how to deal with all the various underhanded tactics that people can think of to unfairly steal a promotion that was rightly yours, or gain influence over the boss at your expense, well, you may be getting pretty close to retirement, and those lost opportunities will never come back. It’s true. Up until now, we have been pretty much on our own trying to defend ourselves when unscrupulous people resort to unsavoury tactics to gain influence or advantages. Tactics that we wouldn’t stoop to use, but that we need to know about to block those people and keep them from taking an unfair advantage over us.

What can you learn from this book?

And a whole lot more!

A complimentary audio book is included.

Paul's Psychic Readings should NOT be confused with the readings you get with most 'psychic lines' as they are often scripted and given by non-psychics, and therefore can be sadly disappointing. We use cookies to give you the best experience on our website. Courteous, open and friendly clients welcome.
0
0
Your Shopping 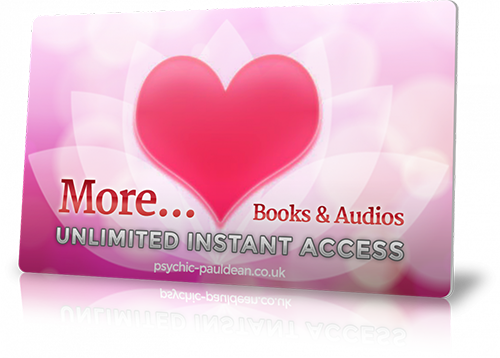