The sun sign of Aries is the first to appear on the Zodiac chart. The dates for this sign span from March 21st to April 20th. Many famous celebrities, such as Reese Witherspoon, Matthew Broderick, and his wife Sarah Jessica Parker, fall under Aries’ reign. The sign is symbolised by a Ram, which reflects the headstrong qualities of the Aries, as well as his direct and assertive attitude.

The Aries people behave like a ram in many ways. A ram likes to be the leader of the group. Likewise, the Aries individual will try his best to stay ahead of the pack and lead it where he wants it to go. Aries are very opinionated, and do not often consider others’ feelings. They will do anything to sway the group to their side.

Those born under the Aries sign need a constant challenge in order to maintain their interest in life. They are impulsive, and more inclined towards making quick decisions than fully completing a task. This is why you will often find an Aries with several unfinished projects on his or her desk.

Aries people are sometimes hard to deal with because they have a quick temper and very little patience. They may get irritated with you, but luckily they aren’t interested in holding grudges. Their short fuse can be attributed to their ruling of the planet Mars, who is the God of wrath and war. Aries individuals do not use subtleties or hints to get their point across. They are direct and wear their heart on their sleeve. However, attempting to guide or supervise them is quite a task, and requires a very blunt and headstrong approach.

The Aries never backs away from a challenge, even if that means having to batter his head against the wall. Aries individuals will lead others to face their own troubles, but will never gloss through the details of the work involved. They would rather be involved with the rocky boulders than the pebbles at the bottom. In short, Aries are quite adventurous and need space to act independently.

The signs of the Zodiac begin with Aries, perhaps because in Greek astrology, Aries was represented by the war goddess Pallas Athene, who was not born but sprang from the head of Zeus as a fully-formed adult. Consequently, Aries is closely associated with both the head and war.

Aries’ planetary ruler is Mars (the god of war in Roman mythology; in Greek mythology, his name is Ares). Its influence can be found in your absolute fearlessness, even ferocity, your preference for red, and your lucky day of the week – Tuesday (in French: mardi, named after Mars). Mars also represents energy, ambition, and action, as well as some negative traits such as audacity and thoughtlessness.

Not surprisingly, then, if you are an Aries, you are a natural leader. Your energy and enthusiasm are boundless, as is your physical courage. Pioneers are rampant in this category, as are politicians. You care little about the past, preferring to seek new avenues into the future, so you will always throw yourself head and body into new projects, which makes you an ideal leader in business and community. You rarely allow yourself to be found in a subservient role, such as a secretary or labourer. Instead, you will go out of your way to head your own business, even if it’s a small one.

You are also known for your directness. Issues are generally black and white to you, and once you decide on something, you stick to it, proclaiming the strength of your position in no uncertain terms. This straight-to-the-point approach can be quite effective in situations like strategy meetings, where much time is lost in idle discussion, but an Arian’s bluntness can often be upsetting to others, or even offensive. Tact and diplomacy are not in your nature, so smoothing over someone’s hurt feelings is awkward for you.

Most trouble spots in Arians’ lives involve reckless actions. Aries is a fire sign – highly impetuous and combustible. You often leap before you look. In dangerous situations, you are the first to risk your life, but you must be careful not to misjudge your chances. In relationships, romantic and otherwise, you are prone to get angry at small provocations. In particular, you tend to be resistant to criticism, becoming defensive when your weaknesses are pointed out. Fortunately, however, your anger is short-lived; once the fire is put out, it will not reignite.

You sometimes arouse envy in others because of your leadership position, your tendency to show off, and your impatience with others. You believe that when something needs to be done, it should be done right away, in a certain way, and you can’t understand why anyone should be slow or difficult about it. You’ll end up doing the job yourself if you feel others aren’t holding up their end.

Your natural aggressiveness is both commendable and dangerous, depending on how you direct it, of course. Arians are the war-starters of the zodiac if other astrological factors are negatively influenced. It’s best to keep this in check by channelling your fighting spirit into business or sports-related competition – you can win those battles and hopefully make yourself and those around you happier as well.

You are the most naturally athletic of any sign in the zodiac. Your body is your vehicle of life, and you tend to it well. Excellence in sports, which others struggle to achieve, comes rather easily to you, as if you were born to it. You are most effective in individual sports, such as track and field or tennis, and your independent spirit only furthers your drive for success. There is a particular affinity for metal in this sign, so an individual sport that combines with that – such as shooting, fencing, bicycling, or race-car driving, is ideal.

Since Aries is a sign of such vitality and youth, health problems are fortunately uncommon. If anything, they occur not by chance but by your own doing, such as overexertion, overwork, or frustration from being in a situation where your strengths are not being employed. Headaches from an overtaxed system are the most frequent maladies (having sprung from the head of Zeus, this should come as no surprise!). When you are laid up, you feel utterly useless and depressed, because your primary vehicle is out of order. But in general, good health is certainly one quality you can boast of – yet another reason for you to be envied.

In clothing, movement is essential to you, so comfort takes precedence over fashion. You have an athletic physique, so you like to show it off with simple clothes – shorts, T-shirts, track-suits, loose-fitting tops – anything that won’t confine your motion, really.

Your favourite colour is definitely red, the colour of Mars and fire. Shades of red, brown, and yellow also appear, but nothing beats red for you. You like your cars fast and sporty. A vehicle that defines the same athletic characteristics of your body is the preferred choice. It must feel good to drive, handle with agility, and accelerate with gusto. A red Porsche, Lamborghini, or a turbo-charged Subaru is quite common with Aries drivers.

As for food, you prefer meat. It’s red, it’s substantial, and it’s usually cooked over a flame (barbecuing appeals to all fire signs). Other reds also figure into your diet, such as spicy, peppered foods like curries and chillies (fire again) and tomato-based foods like spaghetti. Even with desserts, red fruits appear: cherry, strawberry and raspberry-flavoured cakes, yogurt, and ice cream, as well as apple pie. Your ideal beverage, of course, is red wine.

You don’t spend a lot of time at home, since you’re always jetting from this activity or that, but the way your home looks is quite important to you. Its design and decor will reflect your strong independent streak, so you won’t display a middling, run-of-the-mill taste, or calm, pastoral colours and images. You prefer strong, bold lines – in furniture and layout. Frilliness and gentility are nowhere to be seen. Your most likely motif is modern, perhaps even futuristic, with lots of high-tech touches like big-screen TVs, computers, and other gadgets. (In fact, you always appreciate a new toy as a gift.)

You are well-suited for a career in the military and/or politics. There are more Arians in the armed services than any other sign (this has been proven statistically). Part of it is your affinity for metal, but your ambition and hard work also tends to be rewarded with more power in the military structure, and there is certainly a love of directness there, and a lack of tact. Metal also influences other career choices: many Arians are mechanics, surgeons, butchers, and drivers of any type of vehicle.

Needless to say, there is a long list of powerful military and/or political leaders in this sign, including the dictator Adolf Hitler, Soviet revolutionary president Nikolai Lenin, the formidable rulers Charlemagne and Otto von Bismarck, the great president and revolutionary thinker Thomas Jefferson, and the boisterous, power-mongering senator Joseph McCarthy. But leaders of other varieties also show up, including the demanding conductors Arturo Toscanini and Leopold Stokowski and billionaire industrialist J.P. Morgan.

Financially speaking, although you can’t be bothered with most details, money is an exception. This is due to your strong need to be independent – if you’re in debt, you’re in a sort of financial prison, and will therefore feel confined and depressed until you’re back in the black; then you can dash around with the best of them.

Since you relish a challenge, you are prone to financial recklessness. You have a tendency to move from job to job, either from boredom or an inability to compromise and work harmoniously with others. As long as you use your sense of independence, leadership, and ambition constructively, you will be financially rewarded. Just be careful not to flaunt it too much on showy things, or to invest in get-rich-quick schemes. Money fuels your sense of freedom, so try to be responsible with it.

Your stubborn independence often leads to loneliness, particularly in short-tempered Arians. The need to lead, to explore, to pioneer, often translates to impatience in relationships. At first, a new relationship will be supercharged, fiery, passionate in every way. But as it begins to settle and mature, you are likely to get bored, and begin looking for that excitement elsewhere. This constant relationship “exploring” may be fun at first, but the bouncing around could ultimately get very depressing, as you later find yourself without the long-term companionship others enjoy.

Your ideal partnerships are with the other two fire signs, Leo and Sagittarius – you have a great deal in common with both. Aries and Libra is an excellent match of opposites, however – it mates Mars with Venus, and many secondary Arian character traits are primary with Libra, and vice-versa.

Those partnerships you should avoid are with Pisces (too sentimental for you), Gemini (too much bickering), and Virgo (too fussy for you).

END_OF_DOCUMENT_TOKEN_TO_BE_REPLACED

The Art of Meditation

The Art of Meditation Training Guide

The Art of Meditation Cheat Sheet

The Art of Meditation Audio Book 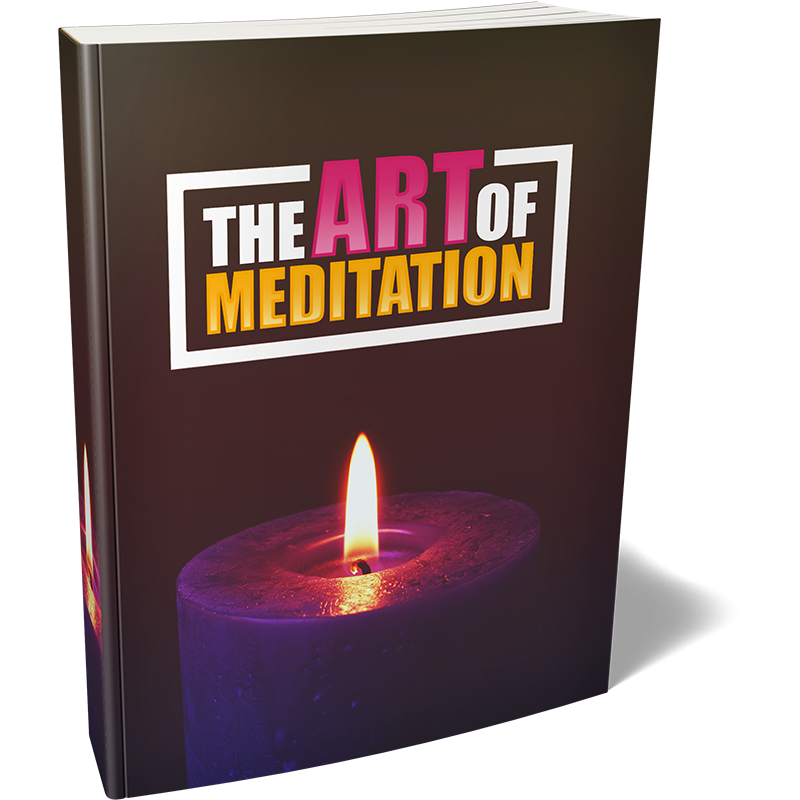 Why does it seem like contentment and peace are so hard to find? It’s about time for you to learn the art of meditation!